In this lesson we go over scientific notation. First the slides dedicate time to explaining how our base 10 number system allows us to simply move decimals right or left when multiplying or dividing by 10. The lesson then builds on this idea to demonstrate how very large and very small numbers can be represented more easily in scientific notation. Students will see how positive exponents move decimals right for large numbers and negative exponents move decimals left for very small numbers.

So without further ado, read through the slides below to get a feel for how to convert numbers into scientific notation! 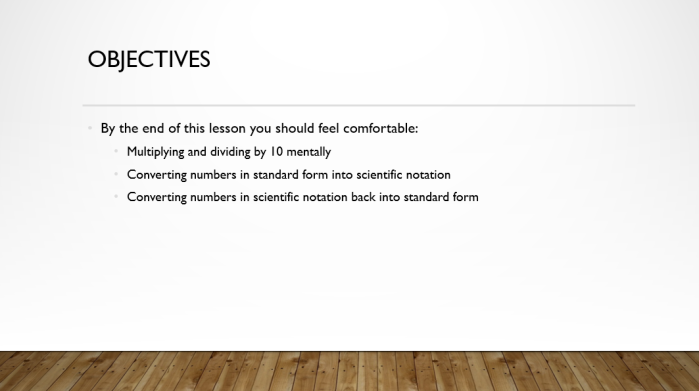 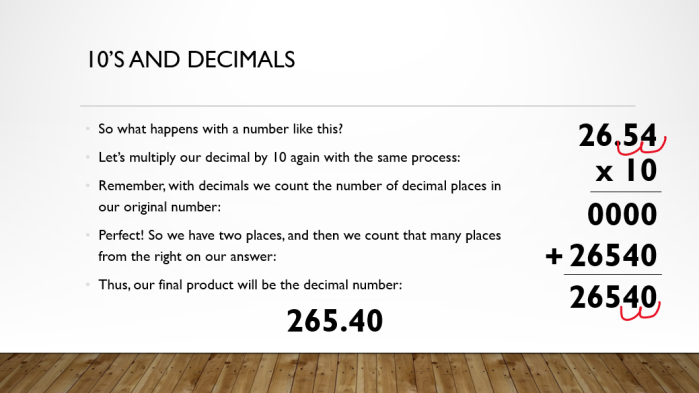 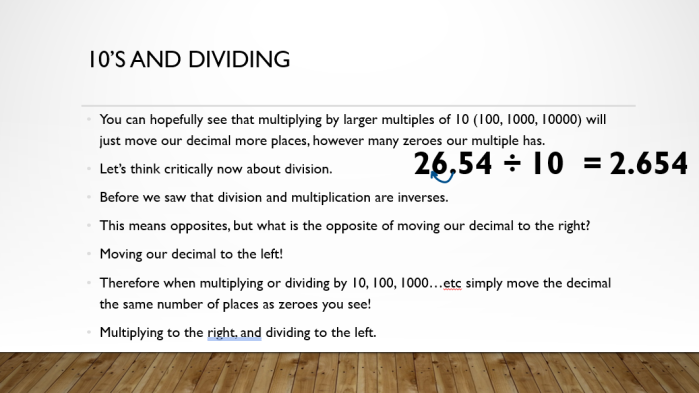 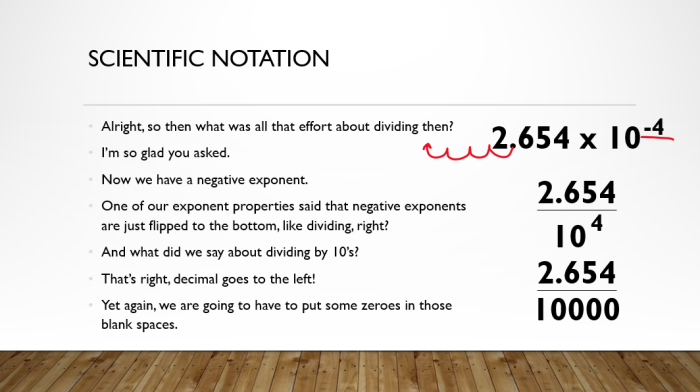 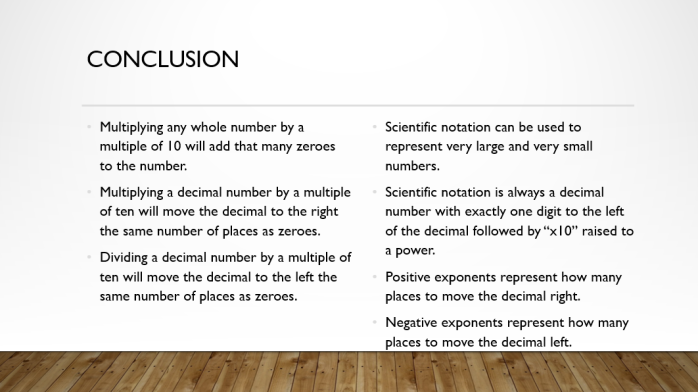