In this lesson we go over how to evaluate roots using radicals. The slides first introduce what a radical is as well as the index and radicand. After covering the vocabulary we discuss how to solve square roots using perfect squares and then transition into roots with large indices. Finally, students will wrap up the lesson by seeing how to estimate square roots by placing them between perfect squares.

So without further ado, read through the slides below to get a feel for how to evaluate radicals! 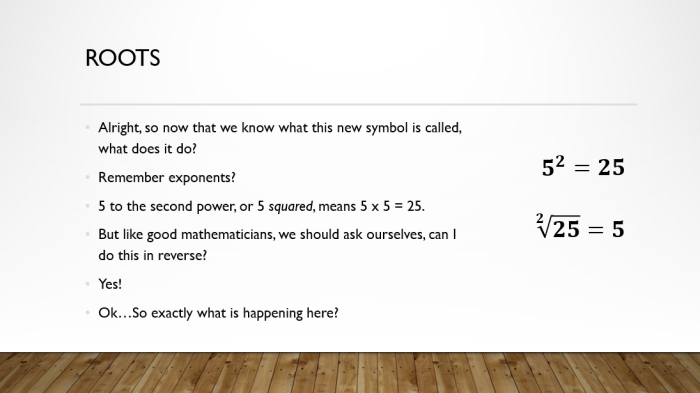 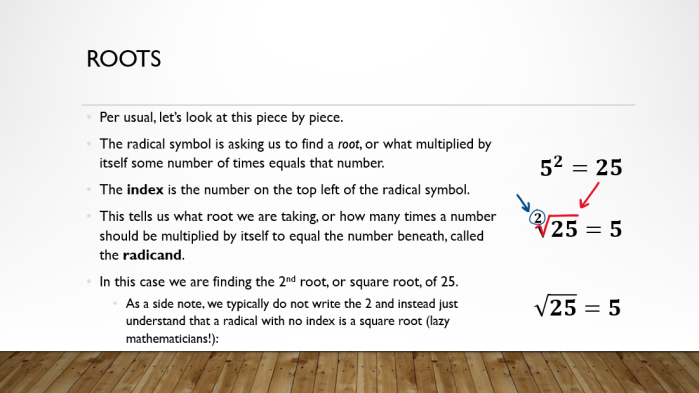 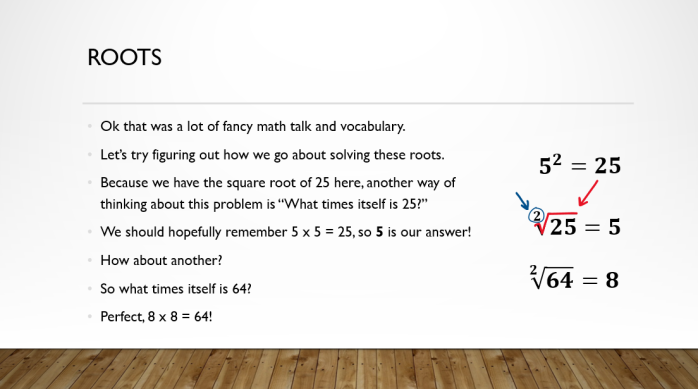 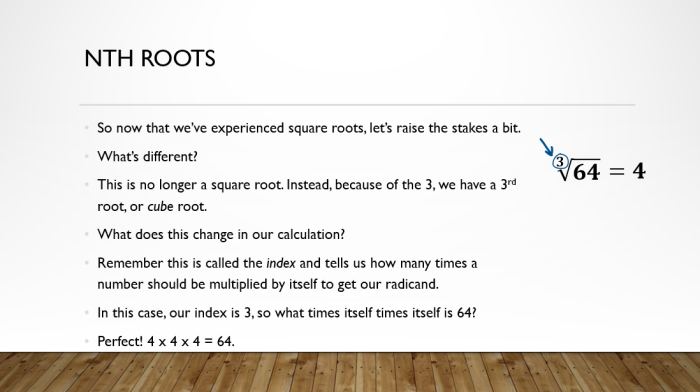 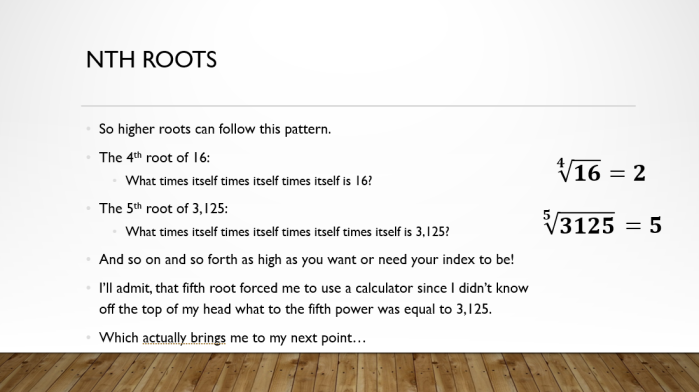 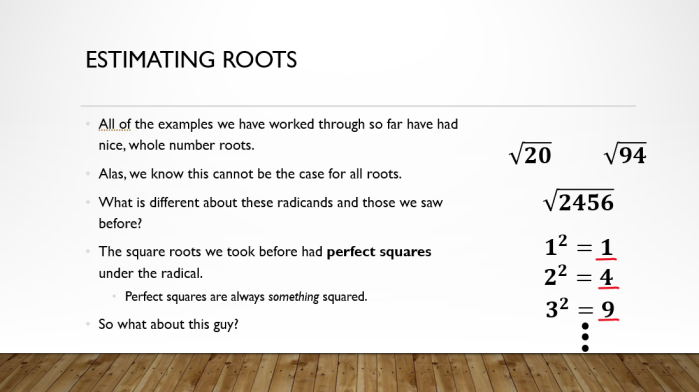